The Little Ice Age - soon? Scientists warn that in 2030. The sun can go 'hibernation' (Video)

The Little Ice Age - soon? Scientists warn that in 2030. The sun can go 'hibernation' (Video) 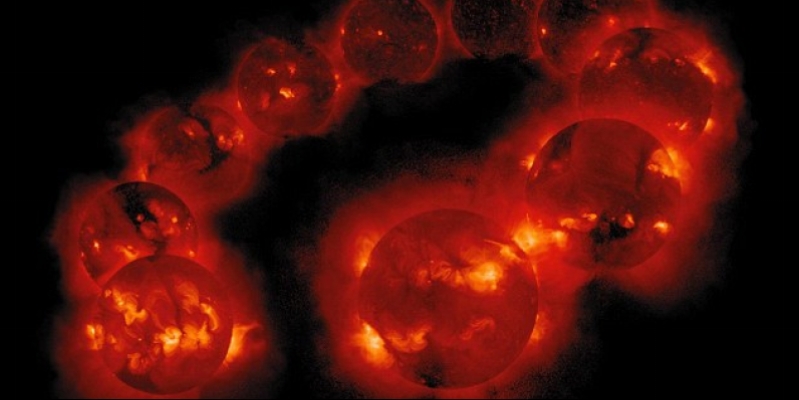 It seems that our planet has not at all the offing Little Ice Age. The latest survey results show that from 2020 to 2030. Solar convective flow waves overlap and neutralize each other, so the star activity in the fourth twenty-first century. a decade (since 2030) may be reduced about 60 percent.

In other words, may soon begin the so-called Maunder minimum - especially low solar activity period, which prevailed on Earth in 1646-1715. It is because of the cold winters also called the little ice age.

The most recent solar activity cycle model provides unpleasant eleven-year-long cycle forecasts. Model provides for certain convective flows in waves caused by two layers of the Sun - one is close to the surface of the star, and the other - the deeper the sun.

According to this model, which astronomers at the National Congress of Llandudno (Wales, UK) presented by prof. Valentina Zarkov since 2030 Solar activity can be reduced about 60 percent. The model predicts that the 25th cycle, the peak will be in 2022., Wave activity will decline significantly. Therefore, the 26th cycle, which will last for a decade (2030-2040 m.), The above two processes go offline layers of the Sun, and solar activity will fall sharply.

"During the 26th cycle of convective flows in two waves reach a peak at the same time, however, the Sun opposite hemispheres, - explained V. Zarkov. - The mirror their interaction will be negative - they neutralize each other. This can result in so-called Maunder Minimum - a period when solar activity is particularly poor. "

"When the waves interact extensively recorded high solar activity. But when they inhibit each other, starting solar activity minimum. The last time such a phenomenon was observed in the sun 370 years ago."

That solar activity varies consistently 10-12 regular periods of the year, discovered 172 years ago. However, each solar activity cycle is still somewhat different, but researchers were unable to create models that accurately explain the small differences between cycles.

Many physicists are studying the sun tend to associate them with the depths of the solar convective plasma flow implicated dynamos effect and its waves.

"Our computer modeling data shows that magnetic waves components are formed in pairs - two different layers of the Sun - says V. Zarkov. - Both the wave cycle is about 11 years, but not identical in duration. During the 11-year cycle of waves ripples between the southern and northern solar pole. The difference every few hundred years, it happens that the waves neutralize each other, and solar activity decreases. "

V. Zarkov with fellow model consisted of the application of principal components analysis. This method has been treated with magnetic field observations from the monitoring Wilcox Solar Observatory in California (USA). The researchers analyzed the changes in the magnetic field, which took place three solar cycles (1976-2008 m.).

The model the authors compared their predictions in addition to the average number of sunspots - is another significant indicator of solar activity. Model predictions proved correct once again.