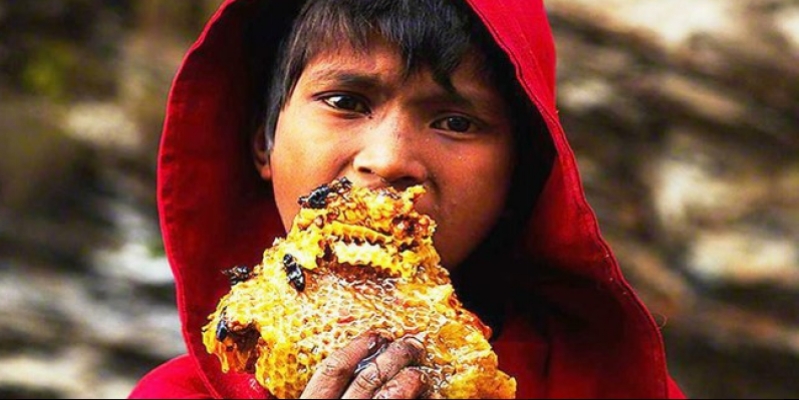 Frigid region, close to the Himalayan mountain peaks, where there are no human settlements, thriving so-called Himalayan bees.

These giant insects that can grow up to three centimeters, considered to be the world's largest bees. No less interesting is carried their honey.

The red-colored sweetmeats is unlike any other honey, which can be purchased at the market or store.

It has a special psychoactive properties by local Nepalese and Chinese people highly valued as a means of helping to cure various disorders, such as diabetes, lack of sexual capacity, hypertension and so on. 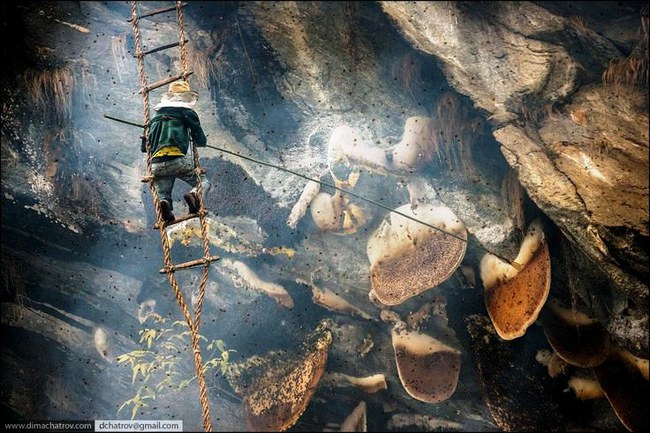 Their height above sea level is higher than 2500 meters. Thus, one wrong move can be fatal.

Remove honey from a hive a honey, despite the danger to life, dare only Gurung tribe people, who are often referred to as "honey hunters". This rare collection of honey is their main source of livelihood. Other Nepalese people here generally do not visit. 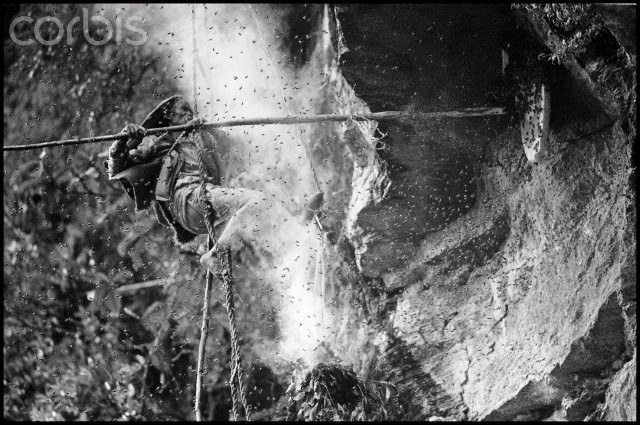 Himalayan beehives may be up to 1.5 m in diameter. Each of them can be accumulated up to 60 kg of honey. This is - an impressive yield.

Honey is taken just twice a year: in spring and autumn.

It is estimated that the region at a time of increased volume of spring flower honey collected in a far stronger effect and therefore this mystical substance then is the most searched. 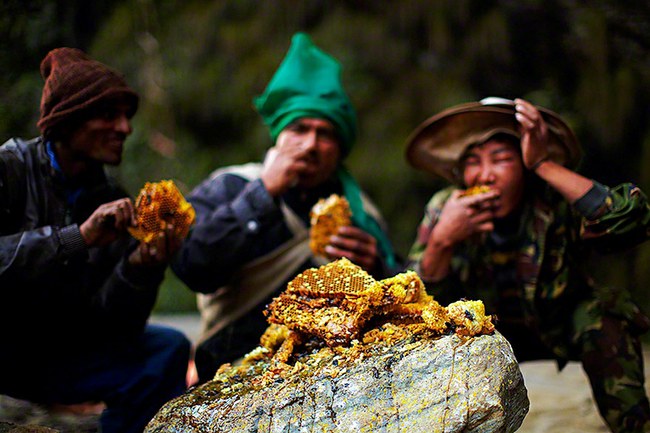