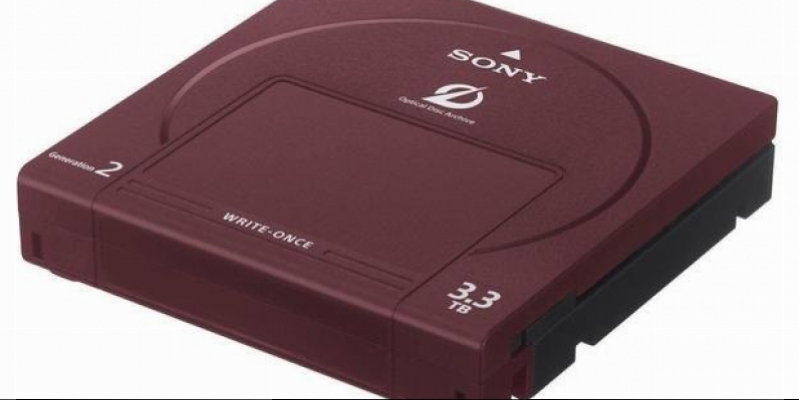 Optical drives are less frequently found in personal computers and it seems that very soon to become history. However, they have their own niche, which feel strongly - this is a film studio and broadcasting stations, which need to store large amounts of video, as well as large corporations, working with large-scale, rarely changing data.

For such customers, Sony has released a new product - 3,3TB optical drive! Remember that the CD can store only 650 MB of data, the DVD has a 4.7 GB and higher capacity, and modern Blu-ray discs can store more than 100 gigabytes of information. Now, however, even several Terabytes on a single disc is no longer the limit.

Optical drives 1GB price seems attractive for SSDs and hard drives, but often by the addition and deletion, they wear out quickly and therefore not suitable for use as a regular PC loggers. Among the advantages of optical disks Sony mentioned durability - its designed media they identified 100 years of "life" span.

The news was presented at the NAB exhibition for 2016 and will support the work of storage systems "Everspan, with a total capacity could reach hundreds of petabytes. To work with the new media, Sony promises to soon release the optical devices with a USB interface, as well as the Optical Disc Archive Cartridge cartridges data centers.