Even 5-10 years later, everyone laughed from this idea, and now Virgin Hyperloop One announces a historic deal in India - a science fiction-like transport project that can reach as much as $ 55 billion. USD (Photo, Video)

Even 5-10 years later, everyone laughed from this idea, and now Virgin Hyperloop One announces a historic deal in India - a science fiction-like transport project that can reach as much as $ 55 billion. USD (Photo, Video) 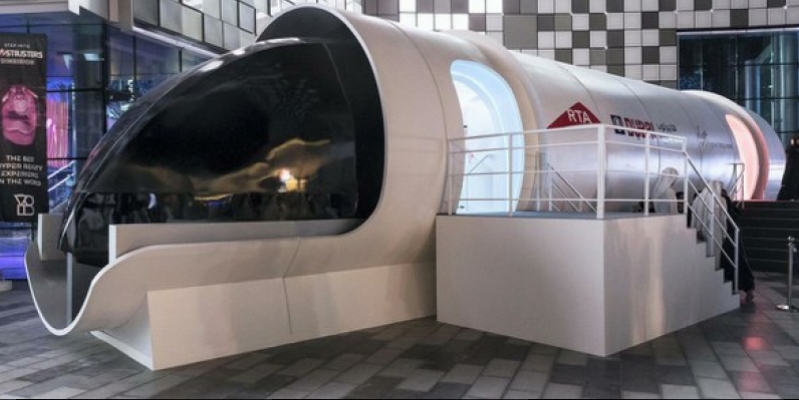 Until Hyperloop One had secured Richard Branson's investment and did not change its name to Virgin Hyperloop One, they did not receive much attention. But now they are back in the "hyperloop" race with an adventure. Already announced after having received a "historical" deal.

Virgin Hyperloop One has signed an agreement with India on the construction of a large hyperlop system between Pune and Mumbai.

The growing Indian car park is not only a huge source of air pollution, but also huge traffic congestion. The new agreement between Virgin Hyperloop One and the Indian state of Maharashtra seeks to offer a fully electric and fast approach to transporting cities in Pune and Mumbai and tackling air pollution and traffic jams.

Hyperloop will connect Central Pune, Navi Mumbai International Airport and Mumbai. It is estimated that the entire trip will take only 25 minutes. This is very fast, since this car journey takes at least 2.5 hours, and the train may be short for 3 hours. 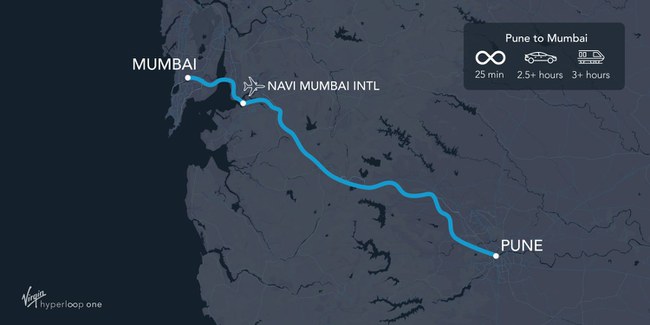 The initial agreement with the local authorities was announced after the preliminary preliminary study, which showed that the hyperloop system was between the two "megaminds" with 26 million inhabitants. the population could annually transfer 150 million. of passengers. The study also showed that this "hyperloop" path would give 55 billion over 30 years of operation. The social and economic benefits of dollar value (time savings, emissions reductions and accidents, savings in operating costs, etc.).

Devendra Fadnavis, Prime Minister of Maharashtra State, said that "with Virgin Hyperloop One, we can create a sustainable infrastructure that will strengthen the state of Maharashtra's competitiveness and attract new investment and business." The Rouhnu-Mumbai Hyperlop route will be the economic catalyst for the region and will create tens of thousands of jobs in India's world-class manufacturing, construction, service and IT sectors and will be part of the Make in India initiatives. "

In addition, the company is developing a hyperloop system that can transport not only people but also cargo. They believe that such a system has the potential of "fast loading of pallets and light loads. They would be transported between Mumbai Harbor and Pune. This would be a whole new generation of logistics. "

Currently, this project is scheduled for 6 months, during which a comprehensive feasibility study will be conducted. The results of this study will be used to build a public-private partnership structure that will be responsible for creating the system using Virgin Hyperloop One technology.

The company itself has recently tested its hyperloop system in Nevada and hopes that the first phase in India, which will be a demonstration commercial hyperlop road, will begin in the next two to three years. According to the company, the construction of the entire passenger hyperlop route, between cities of Pune and Mumbai, will begin at 5-7 years.

Although it may seem that there will still be a long wait for this hyperloop, but you have to take into account the fact that hyperloop technology is unique and requires huge investment and careful preparation.

Even 5-10 years ago, many people talked about this technology as "science fiction". Now, this "science fiction" is becoming more and more a reality. Until recently Hyperloop Transportation Technologies signed an agreement on the first hyperlop road in the United States, followed by Elon Musk, announcing that his The Boring company is launching preparatory hyperloop road works. Obviously, Richard Branson and his Virgin Hyperloop One do not want to keep up with their rivals and this deal with India returns it to the hyperloop market.

Altogether, just 10 days after the presentation of the Hyperlop road agreement between Pune and Mumbai, "hyperloop" capsules were already shown at the Dubai-based event.

Virgin Hyperloop One has made some progress not only in the technological aspects of the hyperloop system, but also in the field of hyperloop capsule design. At the Dubai Innovation Exhibition, they presented how commercial hyperlop capsules could look like in cooperation with the Dubai Roads and Transport Authority (RTA). 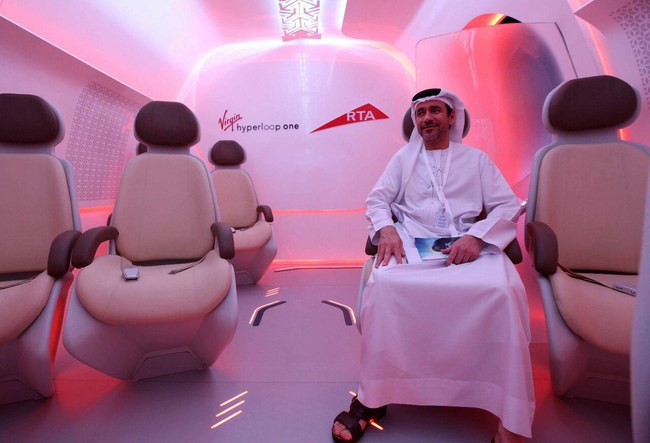 The Virgin Hyperloop One company has close ties with Dubai, one of the largest investors in the world. The Hyperlop project in Dubai is currently being assessed, and if approved, it could become one of the first such hyperlop systems in the world.