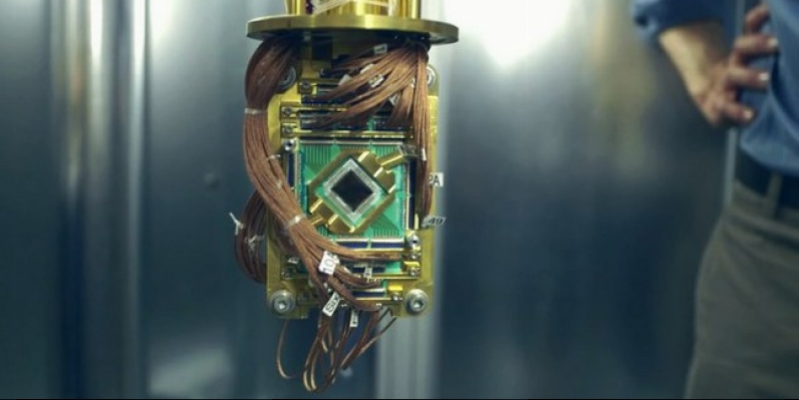 Chinese physicists realized the first quantum computer artificial intelligence. Scientists have demonstrated a quantum machine training algorithms, and the experiment has been put in a written text.

Machine, operating on the principle of quantum mechanics, the unit recognizes the characters and their combinations couples.

During the study, each picture symbol (or two characters) facility was converted into a vector, which contains information about the number of pixels in each image.

To simplify the task of professionals focused on the character recognition, which depicts figures "6" and "9". In this way, the researchers taught the machine to recognize not only the number of points, but their position in the picture.

Physical realization of the quantum machine has a capacity of organic liquid containing the isotope carbon-13 (13C), which has developed a reliable method of nuclear magnetic resonance (NMR Carbon-13), which provides that kernels sucks or emit photons with non-zero spin, placed at the outer magnetic field.

Organic molecule, using the above method, it is an analogue of the logic gate. Since each molecule of radiation is very low, the researchers took into account all the nuclei spin orientation of the molecules of the liquid all at once.

Researchers from the top of the spectrum graphs (image above) was allowed to decide whether or not the machine to identify one or another character: the top of the bottom of the figure corresponded to 9, while the top - "6".

In the future, the researchers carried out experiments with a larger number of characters, as well as planning the tests, which are not only the handwritten text.