How to buy cannabis for a year in German pharmacies: earning almost a million euros, and this is not the end - the interest is huge

How to buy cannabis for a year in German pharmacies: earning almost a million euros, and this is not the end - the interest is huge 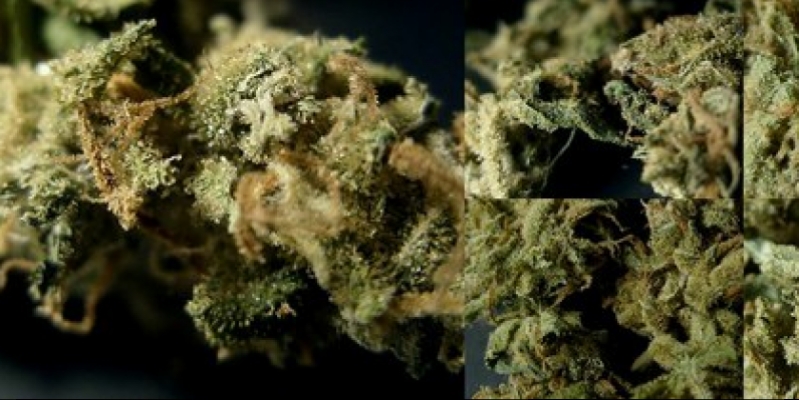 In the pharmacy of the Federal Republic of Germany, after a doctor's recipe, cannabis has been available for a year. It makes good profits for the importers. Foreign cannabis growers can see the potential of the German market.

"In the smallest cases, this year we will sell 150 kg (cannabis) per month, but this number will probably be bigger," says Pierre Debs, a 52-year-old US emigrator based in Spektrum Cannabis, based in the city of St. Leon-Rot , near Heidelberg. In the last quarter of 2017, the company earned almost a million euros in sales of medical cannabis.

Pierre Deb's company has been working on the German market for a long time. Spektrum Cannabis has become one of the first German companies involved in the import and supply of hemp flowers to pharmacies. The product was initially purchased in the Netherlands, then in Canada.

In March 2017, when Germany allowed the use of cannabis as a medicinal product, the company opened up a wide range of options. In the past, this was only possible in exceptional cases: the right to receive cannabis in pharmacies had only about a thousand people in the VFR. All these medicines were paid by the patients themselves. Now, after the entry into force of the new law, physicians can prescribe prescriptions for cannabinoid preparations freely. Certain eligible costs for medicines are covered by med. insurance

"We were waiting for the opening of the market without fear," remembers Pierre Debs. Since then, demand for its corporate services has grown steadily. "The content of our orders is almost always sold out before it arrived from Canada," says a businessman.

One year after the legalization of cannabis in the VFR, more and more companies are involved in distributing it in the country. One of these is Cannamedical from Cologne. The company recently moved to a new office in the 16th highest office building in Cologne. The pro-yet empty conference room opens up the panorama of the city.

"The market is developing very fast and we are glad to participate in it," says Niklas Kuparanis, sales director of the company. True, he does not tend to open the profit margin. Meanwhile, Cannamedical has already received several offers from ready-made investors. "However, we deliberately decided not to do this and we want to maintain independence," Kuparan explained.

Spektrum Cannabis did otherwise: in 2016, Cannopy Growth, the Canadian concern, became the new owner. And this is not the only similar deal. For example, in the middle of 2017, the Canadian marijuana manufacturer Aurora for 16 million. Euro acquired a starter from Pedanios from Berlin. Both Canadian companies are considered to be the biggest players in their field.

Leaders in the field are Canada and the United States

Germany, one of the first European countries and the world's largest country, has legalized medical cannabis at federal level, notes Pierre Debs. The situation of VFR is closely followed by manufacturers around the world.

In the US and Canada, the sale of marijuana has long been a profitable business. For example, in 2017, the state where cannabis is available for prescription in pharmacies has received almost 8 billion dollars. euro The largest legal marijuana producer in the world remains Canada. Hemp production, collection, processing, packaging and distribution business are booming there.

The issue of the production of Hemp VFR

In Germany, the cultivation of cannabis has been prohibited until recently and should therefore be imported. From the year 2019, it is planned to produce medicinal products from hemp grown in Germany. However, the German Canine Control Agency treats local growers very strictly and selects them only in a competitive manner. Due to the extremely stringent requirements, several company agencies even sued: lawsuits are now being investigated by the High Court of Düsseldorf.

"The first harvest in 2019 is unlikely. It can be delayed indefinitely, so we will continue to be dependent on imports, "notes George Wurth, Head of the German Unification of Healing Lines. And the main problem is that "demand is growing so fast that importers can not meet it," Wurth explained.

In fact: the demand for medical cannabis in Germany exceeded all expectations. In the first ten months after its legalization, more than 13 thousand orders to pay such expenses were submitted to the three largest compulsory medical insurance funds of the country. This is several times more than experts anticipated: when drafting the bill, the authors calculated that, in a year, no more than 700 patients would want to buy cannabis by prescription.

It is not surprising that representatives of this area doubt that the licenses granted to potential growers of VFR will be sufficient to meet the country's demand. "Consumption is already well above this figure," notes Pierre Debs. "It is obvious that in the next four to five years, the main source of cannabis raw materials will be imported," the businessman predicts. There is no doubt about the Cannamedical company. And the experience of both Canada and the United States shows that the medical use of cannabis has enormous potential, Niklas Kuparanis, a spokeswoman for the company, said.

Meanwhile, in recent times, the demand for cannabis selling has become increasingly legal in Germany. At the beginning of January, the German Criminal Police Workers' Union (BDK) made such a proposal: according to the police, the current restrictions create the conditions for the black market. Local cannabis importers still speak only about pharmacy supplies. The full opening up of the market would give them a very big gift: in this case, the German company would be convincing everyone else.