It could replace all lithium batteries and even the famous Tesla Powerwall? A completely new technology - Proton batteries that just need water and carbon - How it works and what's so special (Video)

It could replace all lithium batteries and even the famous Tesla Powerwall? A completely new technology - Proton batteries that just need water and carbon - How it works and what's so special (Video) 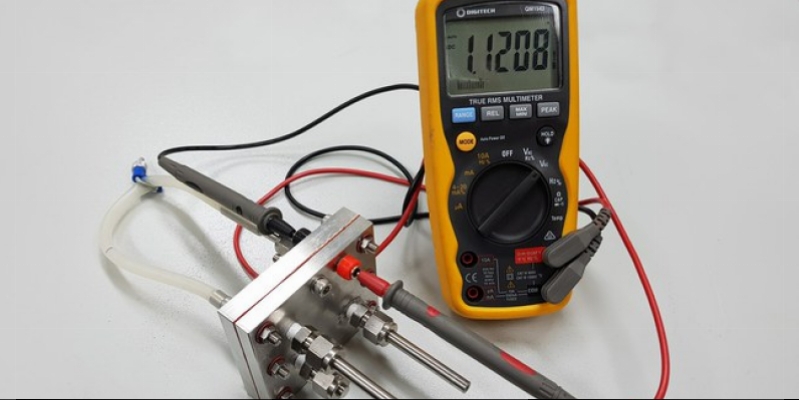 Most of our everyday electronic devices work on lithium-ion batteries. However, it may be that their days are already counted. Scientists at the RMIT University in Melbourne, Australia have developed an alternative battery based on carbon and water.

This is the first ever built-in rechargeable proton battery that only needs cheap and environmentally friendly materials. But why is it so important to change the way energy is stored?

Here are 3 key points about the future energy source that will gradually replace traditional batteries.

1. A proton battery is made from abundant materials

Lithium resources are concentrated in several countries, and other rare metals that are needed to produce lithium-ion batteries are becoming less common and are becoming more and more expensive due to rising cost of recovery. Meanwhile, the proton battery has an electrodes made of carbon, one of the most commonly used material in the Earth, and is charged by dividing the water molecule.

"The advantage is that we are going to store proton-carbon-based materials that are plentiful on our planet and get those protons out of the water, which is very readily available," said John Andrews, lead researcher for The Guardian.

2. The battery is rechargeable

RMIT-based battery can be connected to the charging port as with any rechargeable battery. And what's next is quite simple: electricity from the power source splits the water molecule, generates protons that connect to the carbon-based electrode. After that, the protons are restarted through the fuel cell, where they interact with the air to form a water molecule and generate energy.

According to the RMIT press release, the experiment showed that a small battery with an active surface area of only 5.5 cm2 can accumulate as much energy as they are in the same way as the normal commercial lithium-ion battery.

3. The battery is environmentally friendly

Mining of lithium and other rare metals required for conventional batteries can cause a lot of environmental damage, including the spread of chemicals in the ecosystem. In addition to the damage done to the environment during the extraction process, the enormous amount of energy needed to process the excavated material is also needed. Unfortunately, but in many cases, the required electricity is generated by burning fossil fuels.

And the production of this proton battery, which only needs carbon and water, has virtually no negative environmental effects. At present, the only negative effect would be from a rechargeable electricity source, that is, if electricity was produced in a coal-fired power plant, such electricity is certainly not clean. However, if the electricity is from the sun or wind power plants, this battery becomes absolutely ecological.

The RMIT team estimates that their protons batteries can be created in the market after five or ten years. Why do you have to spend so much time? Many additional tests are needed to make the battery absolutely safe, convenient, cost-effective, and so on. t

Given the fact that the storage needs of batteries grow at space speeds, this RMIT published message is great. If there are no such batteries that can efficiently store energy on a sunny or windy day, we will not be able to make full use of these renewable energy sources.

According to Andrews, when their battery reaches the market, it will be able to compete with even the Tesla Powerwall battery. But you will still have to wait a bit to see how it really will be.