Movie for this evening. The world's largest aircraft carrier (Video)

Movie for this evening. The world's largest aircraft carrier (Video) 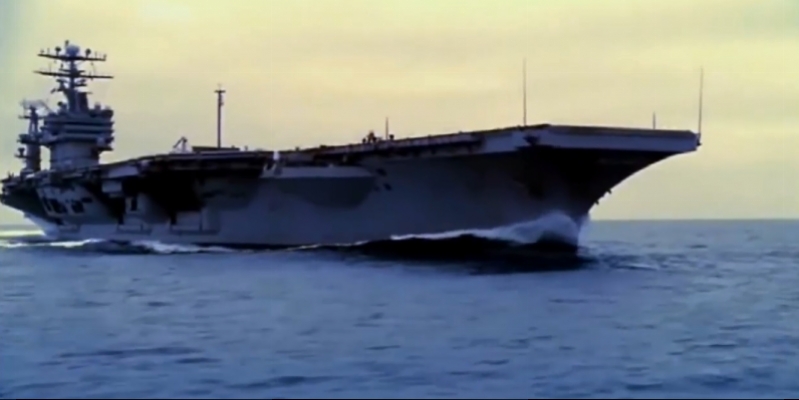 The film about the world's largest Nimitz class 99 thousand. tons displacement aircraft carrier long development history. It can accommodate 90 supersonic aircraft and 6,000 people. Ocean can stay for 20 years without refueling. From his every 20 seconds. may be supersonic aircraft. Equipped with equipment capable to notice the enemy in the air for 500 yards.

The movie shows the aircraft carrier construction and history of the emergence of innovative technological steps.

The first aircraft carrier was built in 1916 in the United States. It was 16 thousand. tons displacement vessel. Arrival was required for the length of the runway, it is impossible to install any aircraft carrier. This means that arising plane had to provide extra energy and this has been the catapult mechanism. But landing the issue has not been resolved and the aircraft had to descend into the water.

Landing on the deck of the aircraft braking and the issue was resolved only in 1937.

During the war, the deck have protection from enemy bombs question. Wooden deck coating has been replaced with metal plates, which greatly increased the weight of the aircraft. Also, in case of jet airplanes had to deal with a new landing on the deck of questions.

Six aircraft engineering design solutions step - energy supplies. The use of traditional fuels, had constantly replenish its reserves. Therefore, it was used for nuclear generators and modern aircraft carrier is now sufficient power for 20 years without replenishment.

Another innovative engineering solution - aircraft construction technology. Modern ship collected from 160 blocks (modules), each weighing 850 tons. Collection had to be extremely powerful and overhead crane. The aircraft carrier and its production technology is considered as an example of modern engineering achievement.

The film's title in English: The Largest Aircraft Carrier In The World