This is something that can be placed on the table and generate energy from what does not appear: Scientists at the Massachusetts Institute of Technology have created the first thermoreactors (Video)

This is something that can be placed on the table and generate energy from what does not appear: Scientists at the Massachusetts Institute of Technology have created the first thermoreactors (Video) 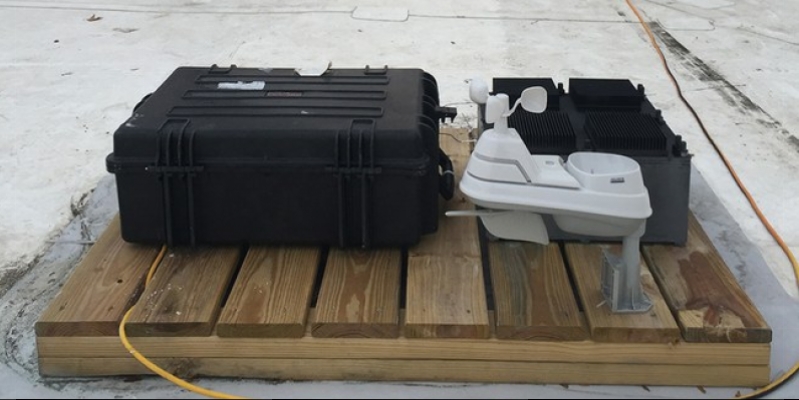 We may not always notice, but the weather surrounding us is constantly rising or shaking. Now, the Massachusetts Institute of Technology (MIT) scientists have decided that these changes in temperature must be exploited for electricity generation.

The MIT-powered device, called the thermal resonator, improves conventional thermoelectric devices. This particular system does not require two different temperatures at a time, instead it uses special materials that provide slow heat radiation. Therefore, on one side of the device, the temperature is always higher than the temperature on the other side of the device. Researchers say that such a system can continuously operate for many years, without requiring continuous maintenance and additional energy sources such as batteries.

Researchers published their research findings in the journal Nature Comunications. One of the authors of this study, Chemical Engineering Professor Michael Strano, states: "We have created the first thermoreactor. This is something that can be placed on the table and generate energy from what does not seem to be. We are constantly surrounded by variations in the frequency of different frequencies. This is an untapped source of energy. "

The researchers sought to create a material with a strong "thermal effusivity" - the speed at which the material can absorb heat, which is the property that determines the contact temperature of the two bodies, which touch each other in autumn.). By evaluating how fast the heat can travel through the material and how it can be protected, it usually happens that one of these properties is high and the other is small.

To solve this problem, the team created a carefully balanced combination of materials. The main structure is metal foam made of copper or nickel, which is then coated with a layer of graphene to give even higher thermal conductivity. The wax is then injected into the metal foam, called "octadecane," a phase-change material that changes from liquid to solid, depending on temperature changes. One side of the device "collects" the heat and slowly "carries" it to the other side of the material. Not only does this material maintain good heat, it also effectively transports it, which makes it easier to differentiate the energy needed to produce electricity.

A conceptual small sample of the material generated during the test, responding to a temperature difference of 10 degrees Celsius between night and day, 350 mV voltage and a power of 1.3 mW - which is sufficient for small environmental sensors or communications systems.

The researchers performed initial tests using a 24-hour ambient air temperature cycle. However, they believe that this unit can also generate electricity from other cycles that determine temperature changes. For example, heat comes from all devices that have motors and an on / off button - from the refrigerator to the kitchen industry to the machine industry.

Although this news is cheerful, it still has a lot of limitations. A small amount of energy means that only low-power devices such as remote sensors can be charged with such a device. So far, it's unlikely that this device will become a normal home appliance in the near future, which can supply a significant amount of electricity. However, the design itself is amazing and it succeeds in developing it so that it is both commercially and technically attractive, which would open up unlimited energy production opportunities.

In this video report, the principle of the operation of a thermoelectric generator is described in detail and in detail: