Why did most writing boards in black schools and now green?

Why did most writing boards in black schools and now green? 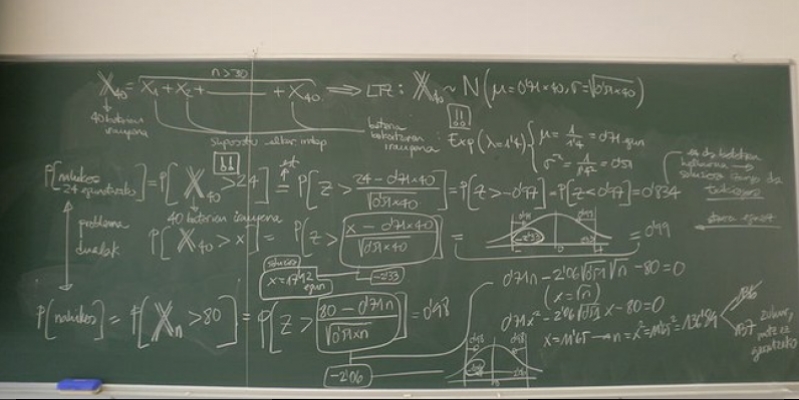 School students have been invited to the board for several hundred years already. Before the whole class, it is necessary to solve mathematical tasks, which, as a deliberate, fail to overcome. However, you can look at the board, not just the tasks. Why have they ever been dark brown or black, and now they are green?

Where chalk boards are still used in schools, they are almost always green. No one takes too much attention to this - what is written is quite good. However, the boards in your parents' schools were much darker. And it looks like this should be because the chalk is white.

Several hundred years ago, schools did not have large chalk boards. Each disciple had his own board and his chalk. The board was a simple wooden black painted board. The color is chosen for her so that white chalk marks are better seen. However, at the beginning of the 19th century, James Pillans, director of a Scottish school, decided to teach children to draw maps. The small details fitted hard on the students' boards, so the teacher put them like a puzzle to make the map larger.

Large blackboards spread very fast. Initially, they were self-employed, but soon several schools began to offer increasingly better black boards. The soon-to-be-painted paints replaced the solid matte coatings with rock-impurities, but they also had defects. From about the 1960s, manufacturers started offering steel bars with green porcelain glazes to schools.

The reason for this change was very simple. The steel boards were much thinner, so their transportation was simpler. The glaze was not only more durable than the usual coating, but it was also easier to clean. Teachers did not really complain. Especially that it was a pleasure to look at the green color. Some teachers have said that light is more evenly reflected from green boards, while the contrast between white chalk and green background is sufficient.

Dark porcelain glaze, of course, is possible, but it would be more expensive. The green boards were then much cleaner and modern. Later, this color is just spread all over the world - even where wood-based boards are still used, they are often dyed green.

However, green boards gradually disappear from schools. They were replaced by white boards with colored markers, and later with smart boards.