A rare thing to see - recorded how the whales sleeping (Video)

A rare thing to see - recorded how the whales sleeping (Video) 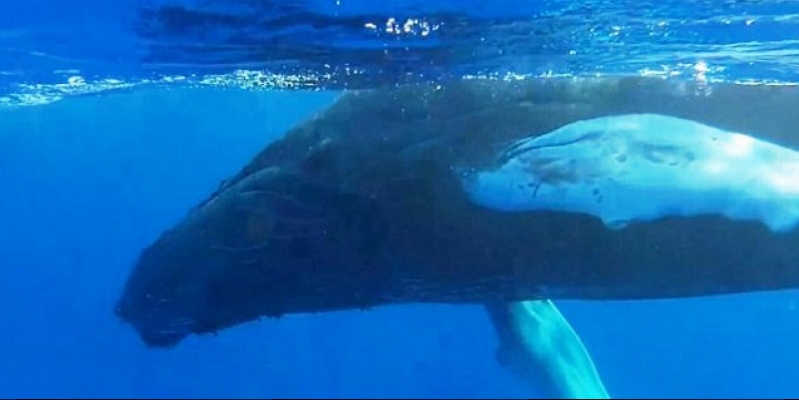 Large mammals living in the sea - humpback whales must sleep, like all other animals. But how do they do it? The group was able to film underwater photographers rarely captured this moment.

Photographers group known as "Panga MX January and April for specific research project under the water, when faced with the sleeping whale. Humpback whale, which grows up to 13-15 meters in length and weighs about 36 tons, was submerged pushes his head down and tail surfaces.

Photographers female whale watching about 20 minutes of this meeting coverage. Unlike humans, whales sleep remains semi-conscious, because they have to remember to breathe.

Therefore, it is estimated that half of the whale's brain during sleep "disconnects" and others remain vigilant and maintain breathing. This is proved by the collision - divers swim close to the whale woke up to check what is around him.

Whales and dolphins usually choose two ways to sleep - either vertically or slowly drifting near the surface.

The video, which recorded a sleeping whale: